An Introduction to the Tuscan Coastline 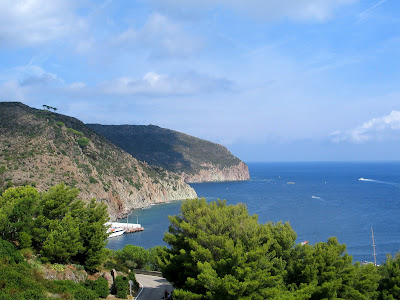 With cities the size of Florence, Pisa, and Livorno, one might think of Tuscany as one of the more densely populated regions in Italy. With a population of over 3.5 million people in an area about the size of New Hampshire, it does have a relatively high population density. However, if you fly over the region on a flight from Rome to Pisa, most of Tuscany seems empty, except for scattered farms and quaint medieval villages. In fact, looking at a night time light pollution map of Italy, you will see that the Pisa plain to Florence is quite bright and really stands out, while one of the darkest areas on the entire peninsula is found in southern Tuscany. 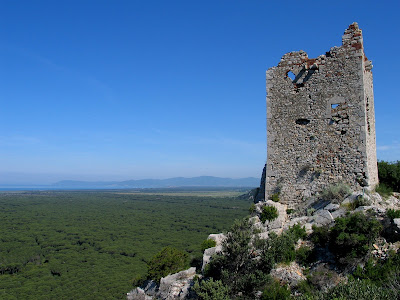 The coastline and islands of Tuscany represent some of the last bastions of non-mountainous, wild Italy. Here, there are extensive parks covered in forests and macchia vegetation. Wild boars run free, while falcons soar above. Pristine coastline and marine sanctuaries protect the precious marine resources that have sustained the economy and Italian heritage of fishing for centuries. This is a remote land, where towers were built on hilltops to look for Saracen pirates and Estruscan ruins still stand after 3000 years. 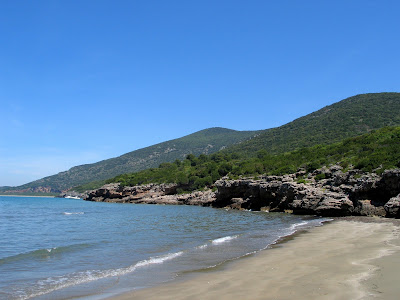 From the Promontory of Monte Argentario in the south, through the beautiful forested hills and spectacular cliffs of Maremma and Piombino, the sand dunes and old growth ash woodlands of Sterpaia, to the pine woodlands near the mouth of the Arno River, the Tuscan Coast has much to offer visitors seeking solace from the crowds. 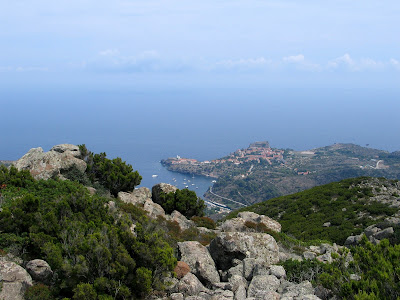 For those who make the extra effort to board a ferry, the islands of the Tuscan Archipelago offers remote and exhilarating experiences, as one climbs the sea cliffs of the island of Capraia, through the arid scrubland of the Pomonte Valley or through lush chestnut forests to the remarkable alpine summit of Monte Capanne on Elba. The Tuscan Archipelago consists of seven major islands and dozens of islets. These islands are arid landscapes, receiving only about 500 mm (19 in) of rain per year. They contain unique species and ecosystems, due to their isolation and aridity. Montecristo, Giglio, and western Elba are granite landscapes formed by magmatic intrusions some 6 million years ago. Capraia was the site of an eruptive volcano that at about the same time, and as such contains pumice and andesite lava columns. Capraia was also the site of a former penal colony, while the tiny island of Gorgona still remains a penal colony today. Not to be outdone, the flat limestone island of Pianosa was a maximum security prison where some of the most notorious mafia leaders were held, until it closed only recently. Of these islands, only Elba, Capraia, and Giglio can be visited without special permits. Thus, the remote, rugged nature of these islands has preserved a wonderful landscape to explore. 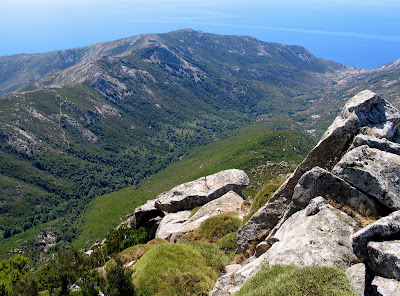 As for the Tuscan coast, while millions of tourists flock to the manicured sandy beaches of the Italian Riviera in Versilia, Tirrenia, and San Vincenzo, few venture out to the beautiful remote beaches of Maremma or Sterpaia. While tanned bodies lay on beach chairs baking in the summer sun, virtually no one is to be found exploring the isolated hilltop towers or smelling the sweet scent of rosemary in the macchia. While thousands pack the trains and ferries of the Cinque Terre to see the rugged Ligurian coast, the cliffs of Piombino remain empty. If you want to see Tuscany, as it has been for thousands of years, then get off the beaten trail and head to Tuscan Coast and Archipelago.
Posted by The Hikemasters
Newer Post Older Post Home